Recently (on Sunday, November 24, 2013), a concert was held in honor and memory of an individual by the name of Doug Hall, that I met once but never had the blessing in getting to know. It was nothing more than a handshake and how are you from someone that seemed to be a really good man. I can't say rather a man is good or not or make judgement on another person's character because we all have our days. In saying this, I don't think anything had to be said because of the number of people that showed up to pay their respects and tribute to this individual who was part owner at a local venue in Lakeland, Florida, known as Boots and Buckles Saloon on Hwy 98 North. When I read about local things like this, it makes me also want to come out to pay my tribute and donate my services to such a cause, which was to raise money to help pay the bills and support his two children that he left behind. My new friends in Clemon's Road, Justin Grimes, and Michael Ray just to name a few, were coming out to perform. This alone was just enough to get me out there. It was very honorable and a man that so many loved and cared about tell me that this was a great man, and I would hope that if I had kids, my friends and family and fans would also do the same for my family. Its a cause which any man can relate to and/or understand.

The night started off slow and people came out even just for a brief to show their support. Some shared with me who and what kind of person he was. I didn't know him or anything about Mr. Doug Hall, but through the testimony of others that did know him, and the owners of "Boots" for short call it, he was a true stand-up guy and full of life and fun who people loved talking to. I could tell it wasn't just fluke or someone foaming at the mouth for an interview because for one, they didn't know i was a writer or reporter, nor did they know who I was or anything about me which is nice for once. I like not being known because I can ask people something and get real opinions of a persons character. Needless to say, I have yet to hear anything bad about the guy and as far as I'm concerned, really don't care if I do hear anything bad, because the turnout showed the true testimony in that of itself.

As the media and a writer, I have the charge to report unbias opinion and review based on a first witness standpoint. So it certainly helped that I had no idea of who he really was and nor did anyone really know me. But they do know the kind, fun, crazy, wild and generous heart of Doug Hall and the spirit that he was.

I offered to do a benefit dedication fund for his kids and donate every profit penny to the family of sales for a meet and greet. Unfortunately, due to such short notice, this did not happen. However, I have spoken with the owner and hopefully we can do a Doug Hall Benefit Concert in honor of Doug as a foundation to raise money for other charitable causes and bring in more amazing musicians and well knowns with a meet and greet photo session experience in which your purchase of any merchandise will go to the cause and to the family of Doug Hall in the future.

I proudly support charitable unselfish events if I see them as true and honest. So if you have events that you would like to have me out to do photography for yours, please get into contact with me and even if I can't do it myself, I will make sure that a photographer or a team is there to cover your cause/event and will help even more by pulling my own resources to help get the word out.

For those who attended, please feel free to leave a comment below in the guestbook to sign and leave your comments. Share and like this and ask others to share their stories (appropriate as possible lol) about Doug Hall and his kids. Please if you don't care for him, do not bother as your comment will not be published if you choose to be inappropriate which is not tolerated by me. This page is dedicated to the memory and life of Doug Hall, that we keep him alive in spirit in our hearts and bless him and his family with your kind words. This blog may be one day read by his kids and bless them as to a great man that he was and how much he meant to everyone. Every child wants to and do see their parents as heros. Okay, maybe not all parents and a lot of kids don't. But these kids will! 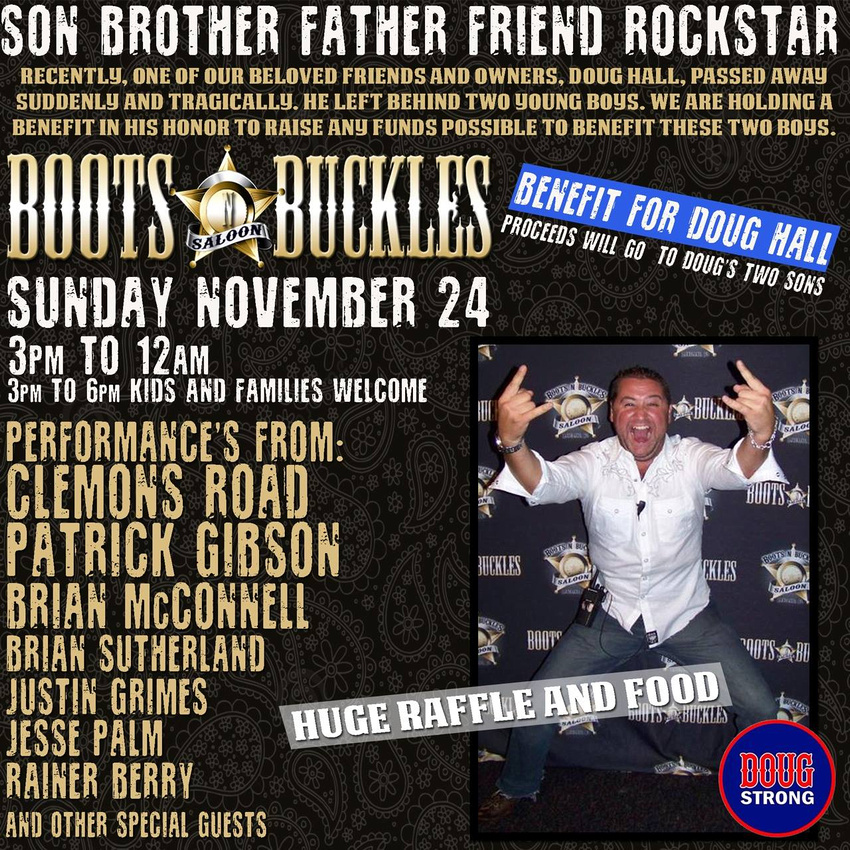